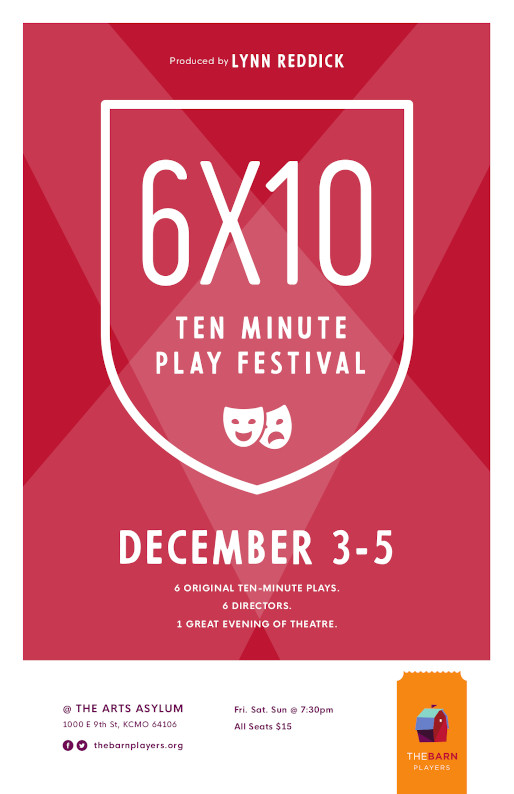 Bringing back our long-running tradition after a year off, we are proud to present the 6 x 10 Play Festival, a one-weekend celebration of original work from playwrights in the midwest and particularly the Kansas City Metro area. Out of many submissions, we picked six ten-minute plays to bring to the stage, and each has its own director and cast. This December, come see something new, something that will make you laugh, make you cry, make you think, and showcase the vast array of talent in Kansas City theatre.