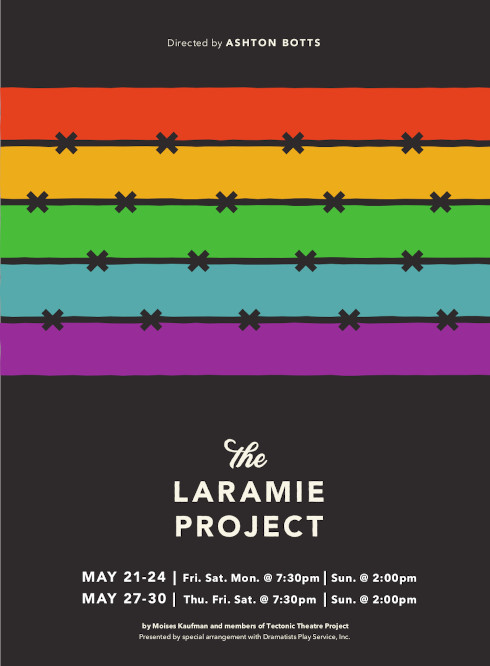 In October 1998, Matthew Shepard, age 21, was brutally beaten and left to die on the plains outside Laramie, Wyoming. Because he was gay. Over the next year, Moisés Kaufman and a team of writers and actors from the Tectonic Theater Project took six trips to Laramie, where they interviewed citizens of the town – some unconnected with the tragedy, and some intimately involved. Using short scenes called “moments,” the company created The Laramie Project, a stunning theatrical examination of the immediate reactions of Matt Shepard’s community to the murder and to the underlying bigotry and hatred that enabled it.