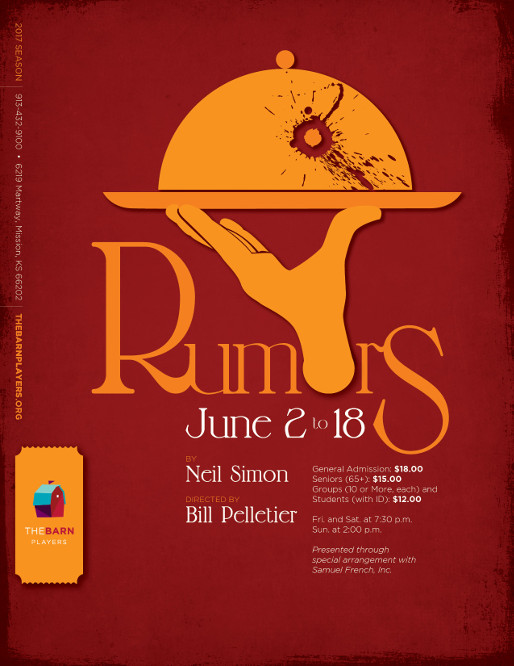 At a large, tastefully appointed Sneden's Landing (Palisades) townhouse, the Deputy Mayor of New York has just shot himself. Though only a flesh wound, four couples are about to experience a severe attack of Farce. Gathering for their tenth wedding anniversary, the host lies bleeding in the other room and his wife is nowhere in sight. His lawyer, Ken and wife Chris must get "the story" straight before the other guests arrive. As the confusion and mis-communication mounts, the evening spins off into classic farcical hilarity.