Closer Than Ever
A Fundraiser For The Barn Players 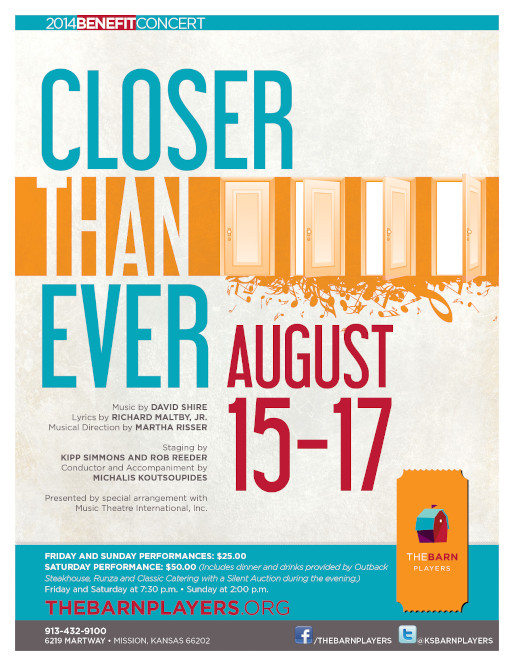 A riveting song cycle exploring the everyday struggles of love in the modern world.

A look into the private song vault of Richard Maltby, Jr. and David Shire (BIG; STARTING HERE, STARTING NOW; BABY), the song cycle CLOSER THAN EVER is filled to the brim with the brilliance for which these musical theatre giants are known.

CLOSER THAN EVER is a nonstop exploration of everyday struggles in the "modern world," especially those surrounding love. Topics ranging from unrequited adoration to aging to Muzak are tackled with resounding sincerity and precisely placed hilarity. Each song is a unique story told by a new character taking audiences not only into the songbook of Mr. Maltby & Mr. Shire, but into the minds of the individuals facing these completely relatable challenges.